More updates! Softgoods and kites too!

Getting ready for the holiday season the site has been updated again!

More kites and softgoods have been added.

Yes, you read that correctly:

Windswept Kites has softgoods (those soft things you wear)! 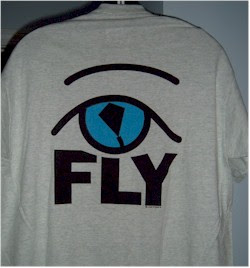 Kite flyers from the New England area who have been around since the 1990's know these shirts!!!!

This small lot is original stock so get them while you can!

Also, the new craze over in the UK is for flying ripstop dinosaurs.

These guys are absolutely a hoot (yes a HOOT) to fly in low to no wind conditions.   They can also be flown in higher winds - just with not as much finite control.

Karl and Sara fly a train of them as well and they look great!

We have them in random colors so definitely ask for your color choice!

There is another box of Pterodactyls on its way right now from the UK (it also has a special order kite too-always keep that in mind; we can get it for you!), there is also about to be another box of kites from Gill Bloom as well.

So, keep a weather eye turned to this blog for updates.

Also just an FYI to all:

The Yard Sale is getting smaller by the day!

So, if there is an item there that interests you better grab it quick!

Good winds to you all!

Just wanted to point out that there were a couple of updated items on the website this morning.
Keep checking here and the website for announcements and new items coming soon!
(there has been a shipment that arrived the other day hint hint)

Okay, so after flying for ~15 years, and having LOTS of kites pass through my hands, my favorite genre of kite to fly has become those of the Ultra Light Single Line Kites (ULSLK) genre.   These are slowly becoming more offered in the kite industry.   Some maybe one-of-a-kind, some are batch crafted by the kite maker and some are mass produced.   But, they all fly on those days that there is not a breath enough to get a dual or a quad line up, or for indoor flying.

This is a quick selection of a bunch of kites out of my bags.   Clockwise from the top: Blue Moon Kites 61/49, R-Sky Bird’x, Focus Designs Skate, Flying Wings Aerobe, and a Jeff Howard glider.

The Aerobe is a brand new mass produced kite manufactured by Flying Wings.

The 61/49, Skate, Bird’x are all craft batch kites, made by the designer in small batches.

The Jeff Howard Glider is a one of a kind kite that I got from Jeff.

To start with some of my personal kites have certain places that I will fly them in, so this group of kites can already be split into two groups: indoor kites and outdoor kites.

My choice of flying locations is from a combination of the kite build and the flight characteristics.   I am not going to take a kite outdoors that I feel will not handle a gust of wind well, or a bulky kite indoors to only fight trying to keep it aloft (of course certain occasions exist where these choices will be changed). 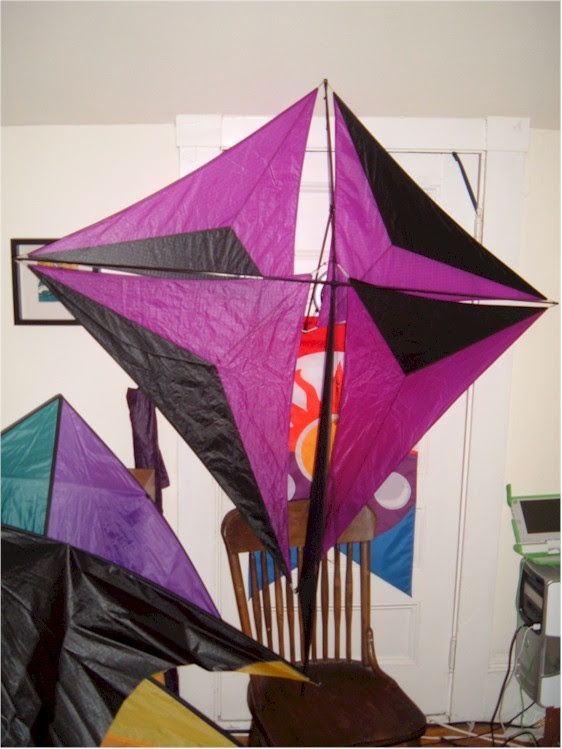 The Blue Moon Kites 61/49.   A great kite offered from Ken.   Extremely well built, very durable (mine has nosedived into the ground more than once), a big substantial kite to be flying in almost no wind when there is nothing else up in the air!   This kite can give a good pull when the wind picks up, so personally I will put it away above ~5mph and then pull out my BMK Ichiban.   It is very responsive for its size, you just need to provide it the slack it requires to flatten out and turn.   This kite will keep you actively moving in the amount of wind I feel it excels is 1-4mph.   A great kite for a good price! (read as you will def. get what you pay for from Ken!)

The Bird’x is a kite that came out a bit ago and did not seem to catch on well.   Whether the look of it, the price, what have you I feel it was overlooked and hope that it catches on as this genre of kite becomes more popular.   A good quality solid design and build.   This is one of what I consider a crossover kite; until I get a second one to designate as indoor, I will fly this indoors and outdoors in~1-2mph if I do not have the 61/49 with me.   Now in 2009 the Bird’x is being offered with a tail to help keep it stable in more wind, this is a great option for someone who wants to add a fun single line that can be flown more often to their bag.  One of the neat things about the Bird’x I feel is that there are no spreaders.   The wings are held in place by a plastic dihedral fitting at the kites nose, this does make assembly a bit tricky, but it provides more weight to the nose of the kite to produce a fun no wind glide while keeping the wings stiffly in place.

The Skate is a kite that I do not see the need to take outdoors.   This kite excels at a gliding flight, and in my experience any breath of wind will disrupt that.   It has a neat pocket in the nose for a quarter to weigh down the front of the kite to force that glide.   The rods are all micro-carbon and so they are flexible.   This kite hand launches very well and is very easily controllable in an indoor setting.   I would phrase it as I have been spoiled by this kites’ excellent indoor flight and would expect that outdoors only to find it not do so well.   I also love the look of this kite and to see it distorted by the wind (however well it might do out there) would sadden me.  For the indoor flyer this is a great kite to add to your bag! 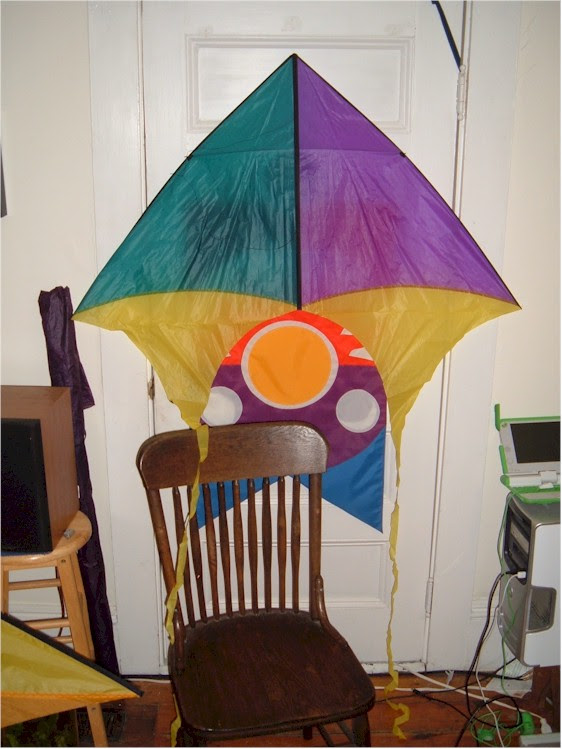 Ahh….  This kite is smaller than the Skate, and some might notice it sort of looks like the Skate.   Same bowed spreader, micro-carbon frame.  Here is the story that I have on it: This kite was designed by Curtiss Mitchell, and he brought it to Jeff Howard so that Jeff would produce it.  I am not certain what fell through where; I know that Jeff provided some kits for a couple of classes (if that many!).  I was searching for kites like this and heard about Jeff’s glider.  After about 3 years of me hounding him, he gave me his (probably to get me to stop leave him alone).   I know that Hunter Brown (of Focus Designs) made one, and so that is where the idea for the Skate came from.   So obviously this kite and the Skate are quite alike.   Jeff’s glider is different that it has two trailing tails that come from the center of the wings (not the wingtips or from the tail) and also that it does not have an extended spine.   This glider kite is very efficient indoors (and once again I will never take it outdoors for the same above stated reason).   Jeff told me about standing in the center of a basketball court and sending the kite out in a glide towards the wall, as the kite approached the wall he flicked the line to one side and the kite turned 90 degrees and continued its glide towards the next wall.   Jeff told me that he continued this flight all the way around the gym without him moving from the center circle on the floor, I have tried this out and had quite good luck but not to the level he described to me.   But this is one kite that is outstanding during any sort of indoor flying time, everyone wants to try it!

I saw this kite in person at the 2009 Newport Kite Festival, I had previously seen it in video that were being posted by the maker, Bell Chiu of Flying Wings, and it intrigued me from the first second.   One of the neatest things about this kite is that it comes with a tail that can be flown in two configurations (off the spine or off the wingtips) so that you can keep this kite flying after the wind has picked up.   That is a great thing to be able to do; there are not many kites out there that can fly the whole gambit from no wind situations up to 18mph winds!   This kite will only live in my outdoor bag –well probably it will live in my vehicle so that I can fly at any time.  It is sturdily built.  This little bugger does quite well in normal wind conditions.   It flys well in no-wind situations and handles fling very well with its tail in winds up to about 14mph or so!   My only caveat about this kite: you need to keep constant tension on the flying line or else it plummets towards earth! Overall a good kite for a good price!

These are only a handful of the ULSLKs out there!  I am certain that there are more, so keep looking!  Also these are my thoughts....yours may differ and I would love to hear them!!

New prices in the Yard Sale!

There are some newly reduced prices in the Yard Sale!

Some great kites for great prices!!!

Come and check them out!!!